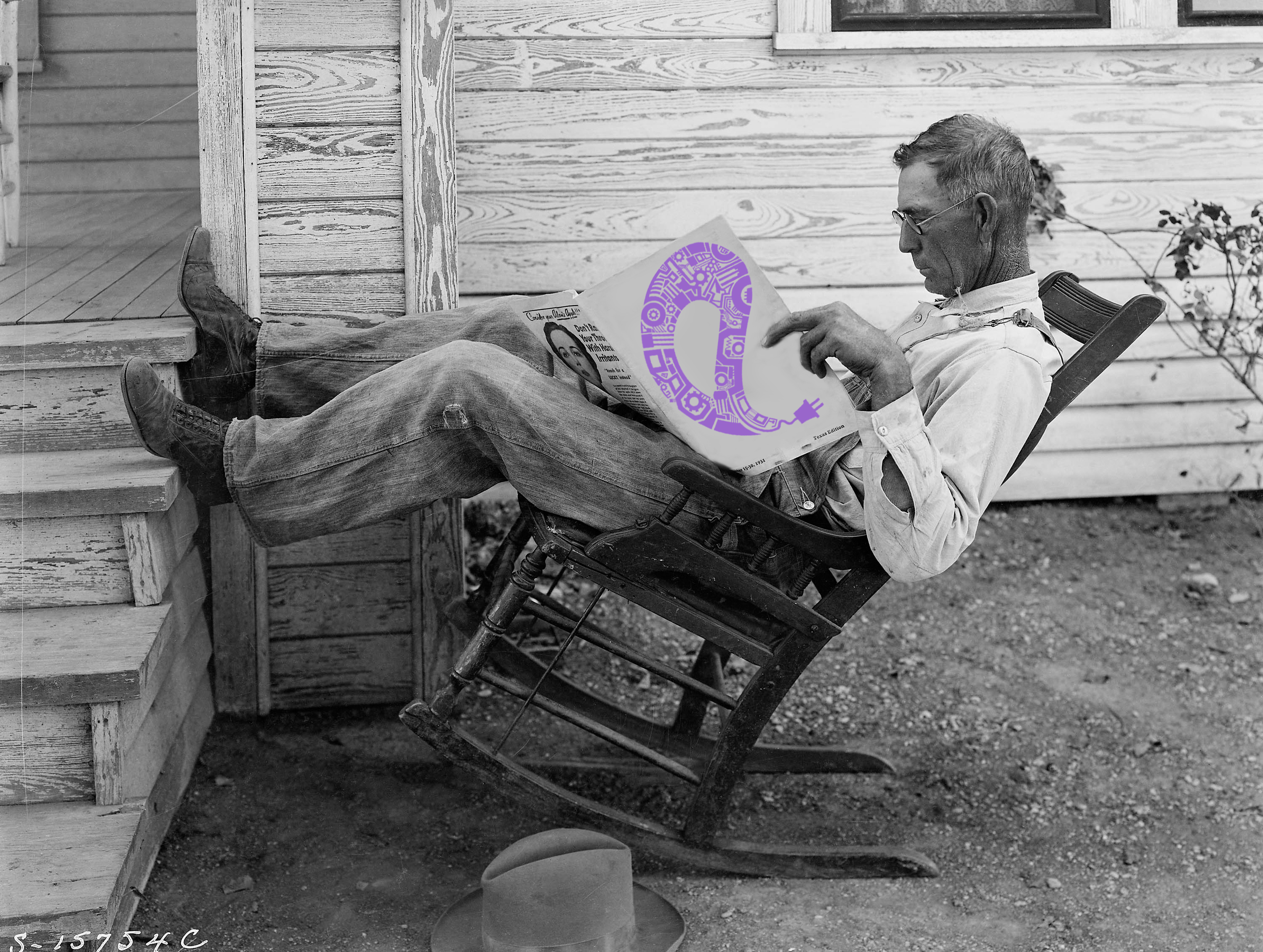 Mirroring of facial expressions and body postures, as well as synchronization of body movements, and even oscillatory neural activity happens spontaneously between interacting individuals.

This synchronization may be connected to the level of understanding between individuals, to success of joint action as well as aspects of empathy such as emotion contagion.

Could inducing or increasing this synchronization lead to increased empathy?

Recent research findings point towards a tentative yes. For instance, rocking synchronously together in rocking chairs has been shown to increase feelings of affiliation between people and the success of joint activity. In another study, playing a musical game together increased emotion contagion between previously unfamiliar individuals.

In this workshop we hack rocking chairs for the purpose of deepening empathy between people. In the tradition of the prepared piano, the chairs can be outfitted with acoustic sound-makers, but also with electronics, including physiological sensors. The workshop will include a DIY tutorial for making a skin conductance sensor with Arduino.

After the rocking chairs have been hacked, they will be placed in the festival area for the audience to use and experience.

Join us and rock our world!

Katri Saarikivi is a researcher in the field of cognitive neuroscience and pursuing her PhD at the University of Helsinki. She is the team leader of Project NEMO, conducting research on the neural mechanisms of empathy and on the quality of computer-mediated human interaction.

Valtteri Wikström is a researcher and practitioner in the field of interactive media. He is pursuing his PhD at the University of Helsinki, investigating the neural basis of empathy and building better digital interfaces for human communication in the NEMO project. He is also co-founder, interaction and software designer at SoundShade. He holds M.A. in New Media and M.Sc. in Computational Biology degrees from Aalto University.

Project NEMO is a collaboration between researchers, developers, artists, and other professionals interested in empathy and in improving the quality of computer-mediated interaction. The project focuses on basic research in the field of cognitive neuroscience, application development, and community building. Research includes investigation of brain mechanisms related to empathy as well as connections between inter-brain synchronization of the brain’s rhythmic activity, empathy, and the quality of interaction. The project also organizes Emotion Hack Day (emotionhackday.com). EHD has the goal of bringing scientists and developers together to create new ways of obtaining and transmitting emotion information over the internet and enhancing empathy in digital encounters.

IN SITU is an interactive audio-architectural installation, which transforms the Winter Garden greenhouse (Talvipuutarha) into a gigantic musical instrument. For two weeks this Autumn, the entire...

Kinobox Obscura The art collective Kinobox Obscura brings its 3D camera obscura paddle wheel boat – the first of its kind in the world – to this year’s Pixelache festival. The artists pedal the...