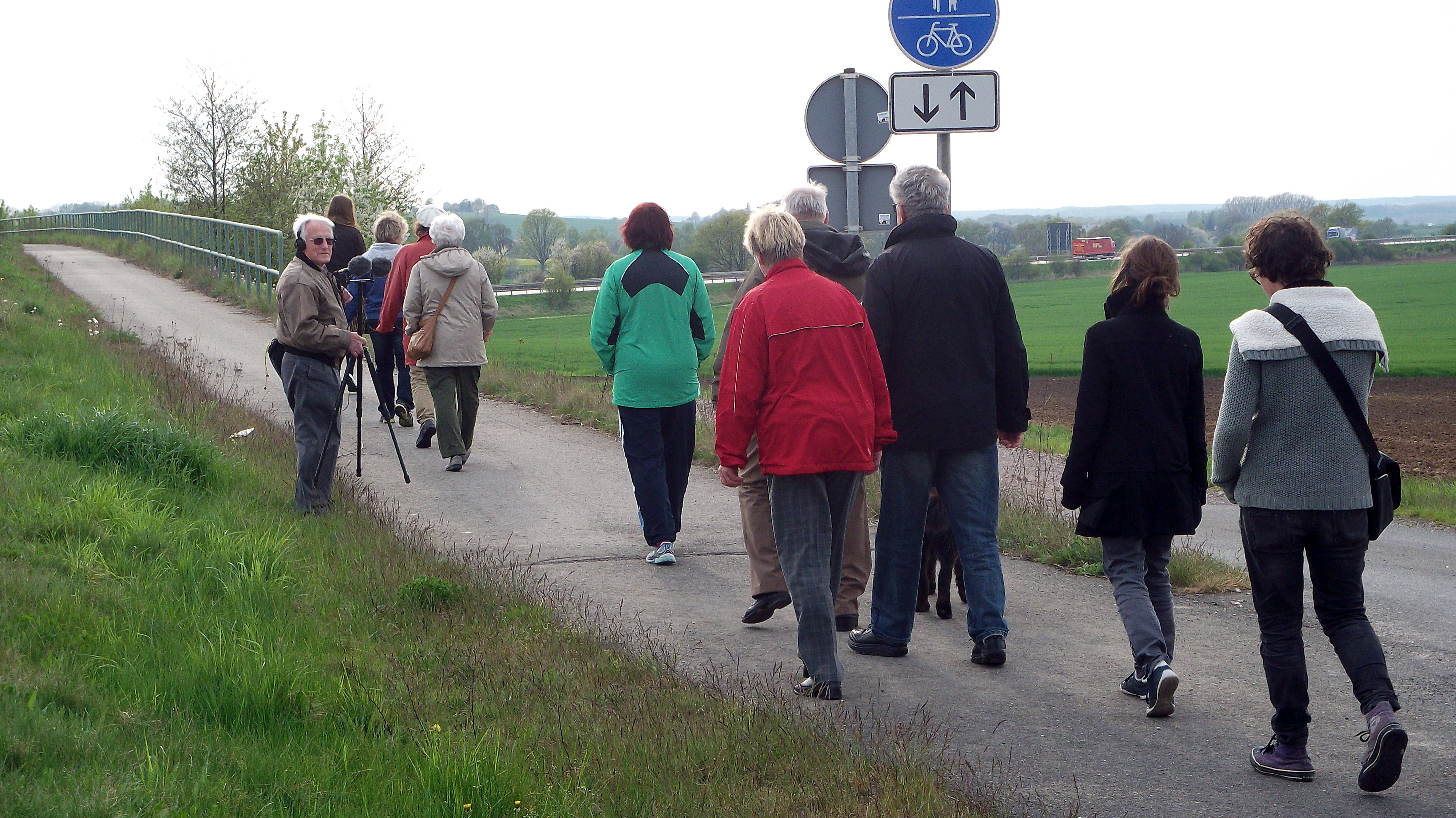 A motorway, a power-station and the entrance of an underground car park on one side –  the seagulls, the sea and the park of Lapinlahti hospital on the other. A group of people gathers and starts walking and listening towards Länsiväylä. Experiencing the tuning, detecting sound and water waves, the group starts to improvise following a few, easily defined rules forming a swarm sound reacting to the motorway, the landscape. The emerging sound explores, captures and displays the sound of the running machines. For one moment, they redefine the situation. Perception becomes more important than judgement and leads to a new way of experience of this acoustic environment or soundscape.

‘Singing Länsiväylä’ also questions and explores the sense of hearing and our own resonance to the sounds which surround us. A workshop will introduce the idea: How do we perceive sounds and how do we deal with them? Do we allow the sound to reach us? We will experience sound as vibration which can be felt in the body and our voice as attentive and waiting to communicate with it. We will express what we hear and open our attention for deeper listening.

The workshop consists practicing indoors in Lapinlahti hospital second floor and the actual singing outside by the Länsiväylä motorway. The workshop language is English. Please register in advance below.

About Grit Ruhland and Walburga Walde

Grit Ruhland studied Sculptural and Spacial Concepts at the Academy of the Arts, Dresden. Her work involves Community Arts, Sound Art and interaction with scientific institutions. She is currently working on her PhD-thesis at Bauhaus Universität Weimar on the impacts of Uranium mining in East-Germany. Walburga Walde studied jazz-singing at the Dresden Music Academy. She improvises with elements of language and sound. Additionally, she works as vocal teacher and conducts workshops on the relation of voice, improvisation and bodywork. She has been working in dance-theater, contact-improvisation and performances with dancers since 2009. She is exploring the connection between body and voice and trained in courses of Shiatsu 2011 and Craniosacral Therapy since 2016. Since 2010, Grit Ruhland explores and organises „swarm sounds“ and improvisations based on traffic sounds. Namely in 2010 „U-Bahn-Geräuschchor Berlin“ (Metro-Noise-Choir) by NGBK Berlin, 2012 „Singende Selbstorganisation“ (Singing Self-Organisation) Altana Galerie TU Dresden, „Autobahn-Singen“ (Motorway Singing) with Walburga Walde, collaborating with Künstlerhaus Prösitz (Leipzig).

The Singing Länsiväylä activity at the festivalthis weekend promises to be an immersive, participatory experience that incorpoates listening with physical expression and awareness of the...
Read more >>>

Excursion with Ph.D. Miiamaaria Kujala and artist-researcher Mia Mäkelä. What kind of empathy we as humans feel for other species ? How is empathy influencing how we detect the emotional states of...

Food producers and consumers meet in the Foodycle festival’s Farmer’s market in Lapinlahti hospital yard. The farmers are selling eg. vegetables, bread and sausage from close by farms of Helsinki....