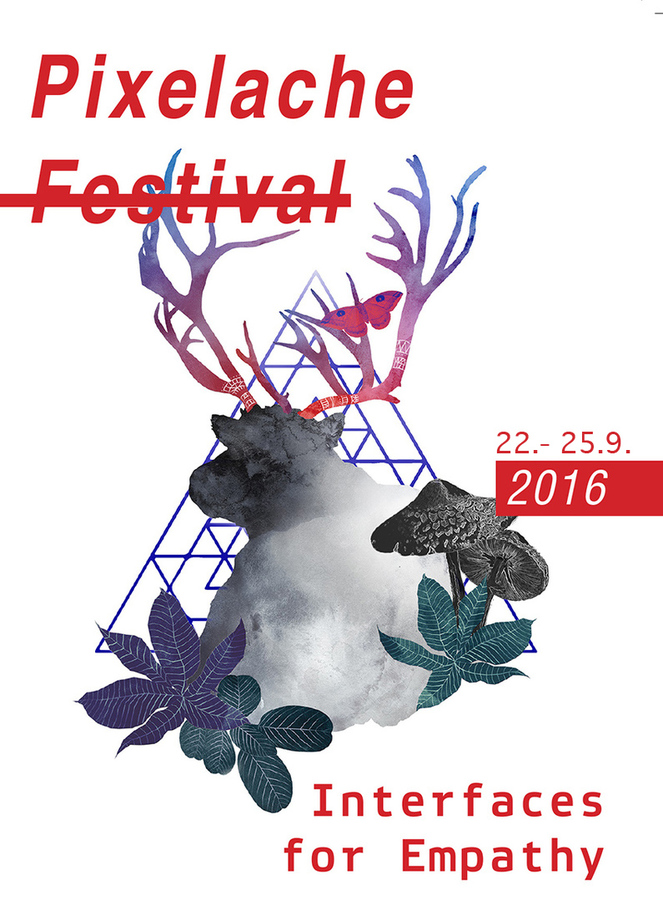 Pixelache Festival 2016 will happen again in September. The festival, named ‘Interfaces for Empathy’ explores possibilities of the societal shift towards the understanding and consciousness of human species as a balanced part of the ecosystem we live at.

The profound technological changes are increasingly challenging the classical conception of perception and on the individual level the increase of information mostly tends to promote new modes of consumption. These changes in our perceptual processes push us further away from the embodied experience and alter our direct experience of the environment.

The perspective that the festival seeks is empathy. We set out to engage with the question and proposal that maybe empathy could be learned, found or especially re-found through eg. bodily presence, experimental communication and embodied and alternate visions of perception that distance us from the perceptual machines that we might be in danger of becoming. Is it possible, through this very basic ability to sense or identify, to change the narrative of the human-kind? Could empathy is one of the key elements in re-connecting with our ecosystem?

Pixelache Festival 2016 main venue is Lapinlahti former hospital with Lapinlahden Lähde as a partner. Other venues are Kiasma Museum of Contemporary Art and MUU Gallery. Other locations and paths will be confirmed later the year. The festival dates are 22.9. - 25.9.2016.

Please read more about the history of Pixelache Festival from here: http://www.pixelache.ac/festivals

Propose your project to the festival trough the open call until 1.5.2016 >>