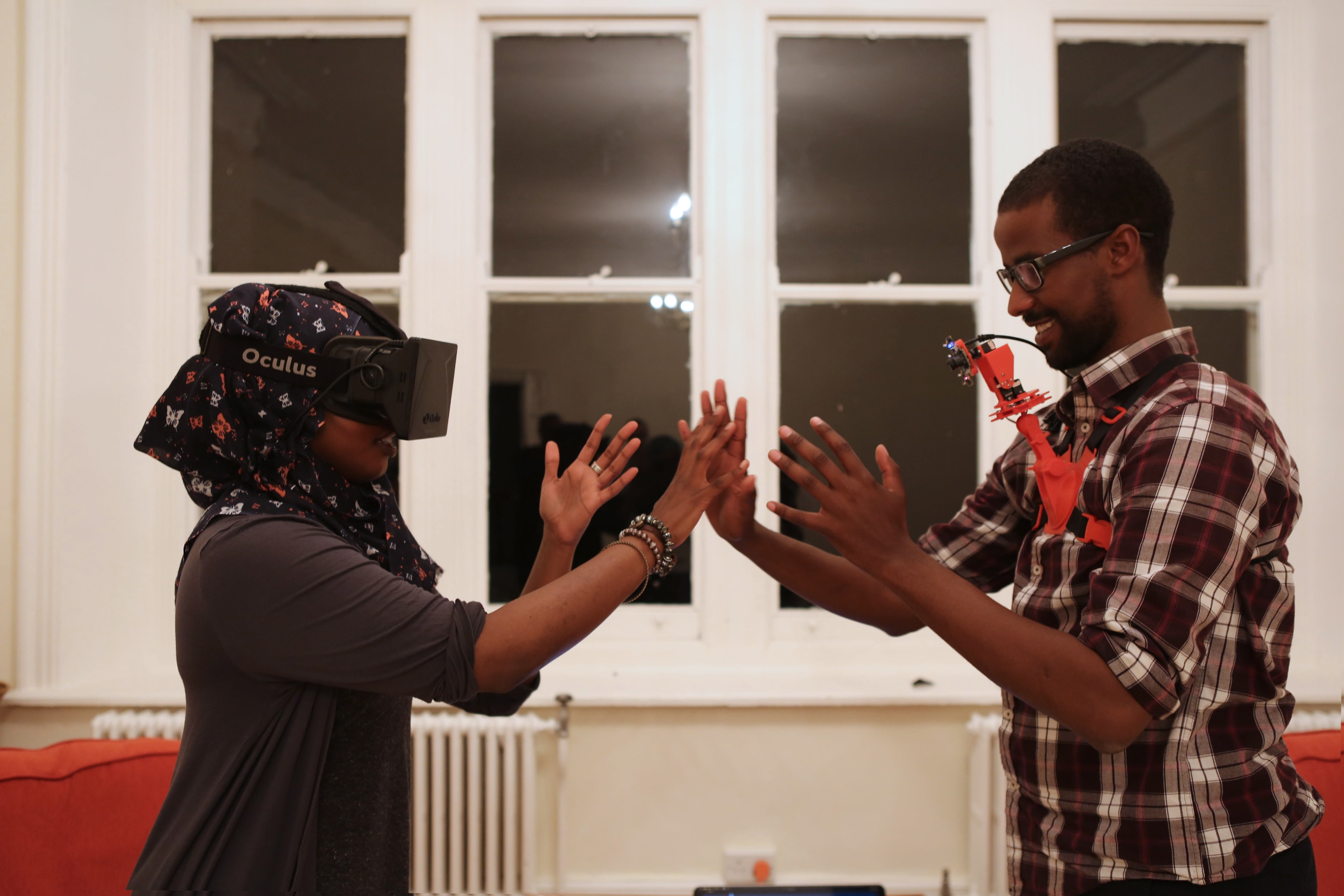 The Machine To Be Another
Gallery Lapinlahti

The Machine To Be Another (TMBA)

The Machine To Be Another is an Embodiment Virtual System that allows individuals to experience the world through the eyes and body of another (BeAnotherLab, 2014). By combining Virtual Reality, neuroscience, embodiment cognitive sciences and Performance, TMBA is a system that offers users the possibility to see themselves in a different body while moving and interacting with the space with realistic tactile feedback. The work allows users to experience the subjective perspective of another. TMBA works as an open platform to co-design immersive experiences in which one can step into the shoes of another.

This long term research on how to promote empathy among individuals of different social, cultural and ideological contexts has been used to address issues like cultural bias, immigration, generational bonding, conflict resolution and body extension. Furthermore, as a low budget and open system (Creative Commons non Commercial Share alike), TMBA may work as an embodiment VR tool with possible implications in storytelling and first-person VR filmmaking as well as in fields like education, psychology and healthcare.

Finally, TMBA system (that combines hardware, software, protocols of interaction and narratives) is build on an open community of creators, scientists, performers and participants gathered by a common dream of building an empathetic society.

Information for the audience
The audience can participate in the work in pairs, and two people need to sign up for a time slot in the actual Lapinlahti Gallery space. One run-through of the work takes about 15 minutes. All participants are guided through the work, no previous experience or knowledge is needed.

About BeAnotherLab
BeAnotherLab is a transnational interdisciplinary group that works at the intersection of art, science, and technology. Its mission is to promote empathy and perspective taking among diverse communities. BeAnotherLab has received numerous awards, including the European Network of Innovation, Culture and Design award (Germany, 2015);  Laval Virtual Learning, Sciences and Humanities Award (France, 2014); FastCompany innovation by design finalists (alongside Google and MIT), Ars Electronica Honorary Mention (2014), between multiple others.

To Flavour Our Tears

Some species of moths and bees have evolved to land on mammalian eyelids (including humans) and drink our tears. In times of relentless human tragedy and environmental catastrophe, are we creating...