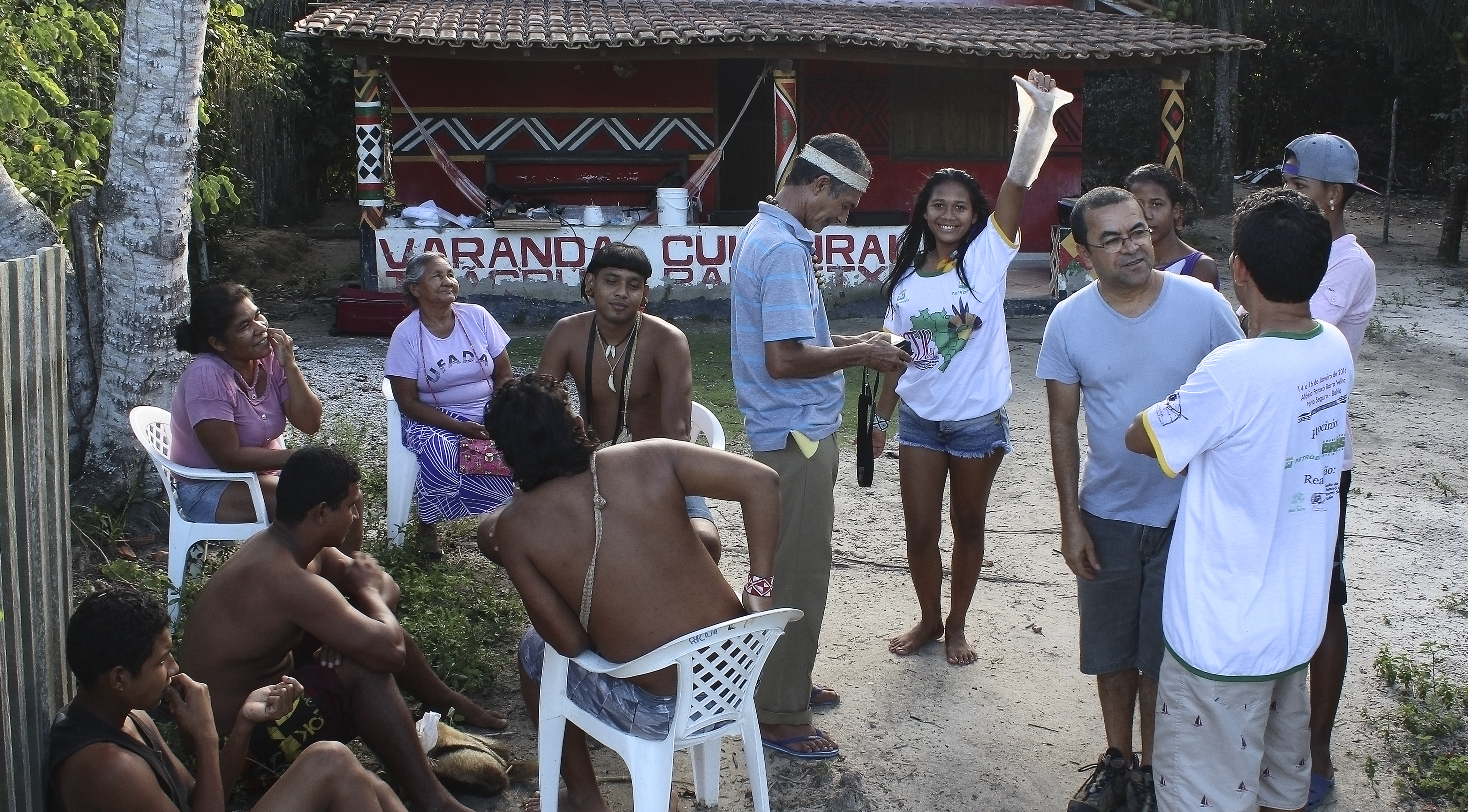 In July 2016, Mikko Lipiäinen initiated a process of investigating the possibilities of producing community-made paper of local materials with cultural importance for the residents of Aldeia Velha, a village of indigenous Pataxó ethnicity living in the Atlantic Forest ecoregion* in South Bahia, Brazil. One of the hoped outcomes of this process is to gain a better insight on the technology of paper production as a complex cultural phenomenon due to its significance in the region in the form of relatively recent invasion of Finnish-Swedish-Brazilian eucalyptus pulp industry with which some Pataxó communities are in conflict, among other local inhabitants such as the members of the Landless Workers Movement MST.

The process is introduced to Pixelache 2016 audience as a small installation of paper objects made of the plant and recycled materials found, harvested and foraged from the Atlantic forest ecoregion in South Bahia. Together with the objects a video documenting the discussions around the alternative pulp making will be displayed as well.

The Resistance Pulp is an experimentation with the specific locality's materials' expressiveness: to what extent could the hand-made paper based on local materials as itself communicate of the ecological, political, economical and cultural conditions where it is made in? What kind of message will the artisanal paper as a medium be? How would it work as an interface for Global North-South solidarity?

*The Atlantic forest, also known as Mata Atlântica is an ecoregion that is a combination of both tropical and subtropical forests. Although its range of biodiversity is comparable to Amazon rainforest it is arguable less known for global audience than Amazon, even though it is in high danger to be destroyed due to human activity. The ecoregion, home for over 20,000 species of plants (8% of the Earth’s plants) and around 2,200 species of birds, mammals, reptiles and amphibians (5% of the vertebrates on Earth) has been an area of conflict between colonial forces, Brazilian government, global corporations, tourism and indigenous peoples such as Pataxós ever since the Portuguese invasion in its coastal area in 1500. This is why only 15% of its forests have been survived by this far in a highly fragmented form and effective projects of reforestation and reduction of industries´ impact - which is needed for saving many highly endangered endemic species  - are still to be realized.

Mikko Lipiäinen is an artist-activist who´s work is mainly socially engaged and multi-disciplinary varying from community organizing and open product design processes to performance and experimentation with participatory drama. He has been working mainly in Finland, co-designing and facilitating many local and international activities in a Tampere based cultural center Hirvitalo together with its politically and culturally active public. Lately he´s been slowly developing informal learning and citizen science activities in rural Bahia, Brazil.

Soft robotics is a growing field of research wherein soft and compliant materials replace some or all of the traditional rigid parts conventionally used in robotics. The soft parts can engender...

Double Appearances Workshop by Jukka Hautamäki and Roberto Pugliese explore the theme of interface and instruments of empathy. Technology promises experiences that involve the whole body and the...