Interview: Machine To Be Another 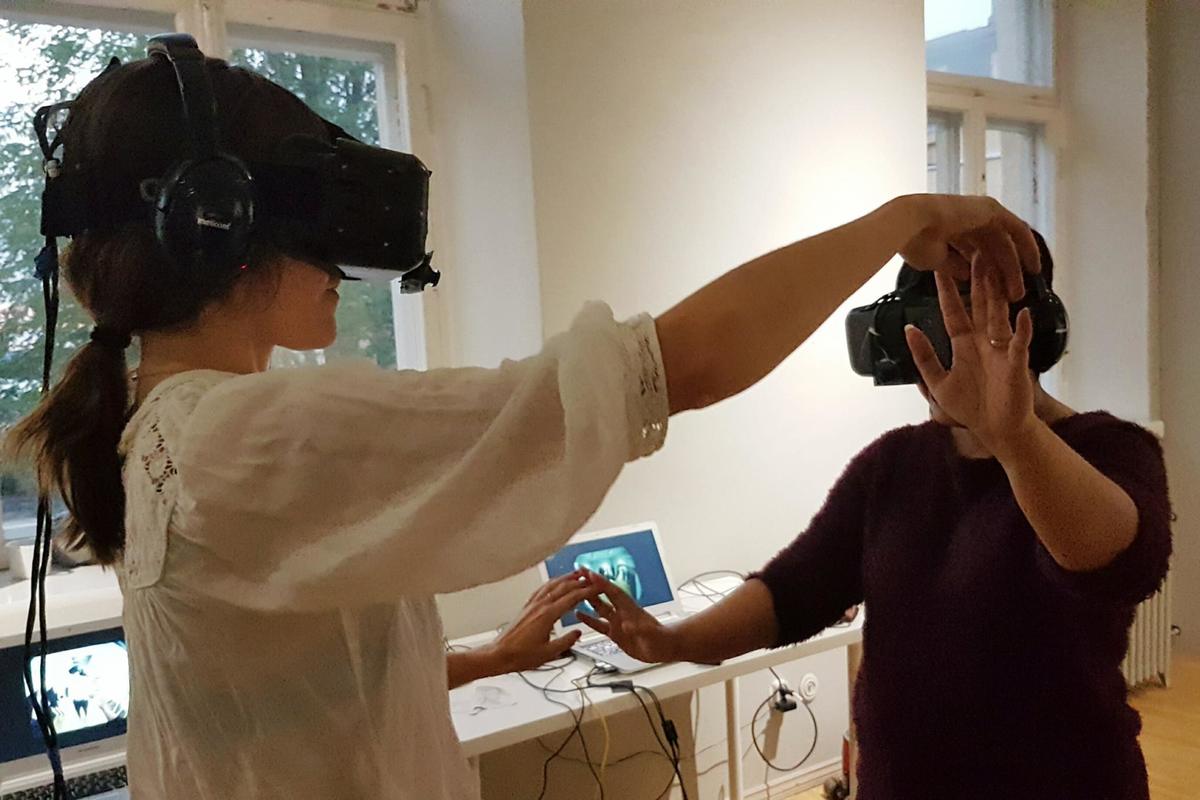 The wonderful 'Machine To Be Another' participatory VR work is available only for the next two days. We warmly recommend everybody to try it out, it's pretty amazing experience. Below is an interiew of Marte Roel from the collective by neuroscientist Katri Saarikivi, who has been working on the multidisciplinary festival programme team.

Read more info about the work also from here!


You have an awesomely multidisciplinary group – how did you find each other, what brought you together?

Most of us met in Barcelona at different times. Some studied at the same university in interdisciplinary programs, which already brought a broad population together. Many of us were also part of the same network of art, technology and activism that gathered in Barcelona. A few others started joining by virtue of having similar interests or abilities that could contribute to the group's work. But it’s quite fascinating that we found such a diverse group, not only in terms of discipline but also culture.


In your Machine to be Another, people are able to see themselves in the body of another. How does this work?

Seeing is a basic aspect of the experience and it’s very simple technically. It happens by feeding the image on a head mounted display with a camera that is positioned in the point of view of the other. But the magic relies on its multisensory and embodied quality. This is, users are not able to only see through the others eyes, but also feel, move, touch and potentially use other senses as well. This happens through simple methodologies. By synchronizing vision with motor, tactile and other stimuli, an illusion of ownership of the other body occurs.


What kind of responses have you had from individuals trying it?

People do generally feel an intimate emotional connection towards the other after the experience. But we’ve had all sorts of responses, fortunately generally positive or strange ones, but not negative. This is, from laughter to people crying, or not realizing they were actually embodying a person that was present in the space, hugging and even dating after the experience.


What was your motivation for creating such a machine?

Building empathy - we thought that by being able to see through another’s perspective we would be able to better understand others and ourselves. We were trying to build a tool for a more empathetic and compassionate world. This is still our mission but we have a wider perspective on pro-social behaviors, and the benefits and problems of using this sort of interventions.


What are your future plans? Do you have other empathy-creating machines in mind?

We do have other systems and protocols in mind; we have a lot of scientific research ahead as well as social and therapeutic applications. But we also continue our art practice following the same mission both as a group as well as individually. We are also experimenting with other technologies and experimenting with other protocols aiming at stimulating compassion and self-compassion, between other pro-social behaviors.